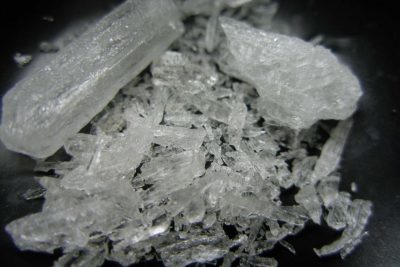 The meth epidemic in Australia is a modern issue and meth labs are popping up all over the country. Certain cities and states are in the center of this epidemic, such as Perth, Brisbane, Sydney and Melbourne.

A Meth lab is an illegal operation with the goal to produce methamphetamine. Meth labs can take place anywhere, from a small operation that can fit in a backpack or car boot to a large commercial operation. Due to its characteristic to be produced with common household items and ingredients and with limited experience, this makes the drug very prevalent.

The Danger of Meth Residue Decontamination in Geelong 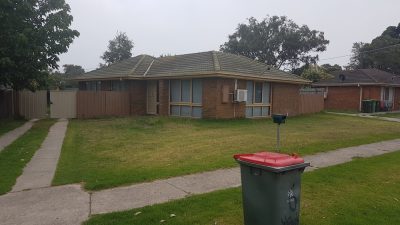 The chemicals used to produce meth are extremely hazardous and volatile, with the risk of an explosion if they aren’t mixed or stored appropriately. When meth is manufactured, meth residue is created as a byproduct and sticks to various surfaces inside a house. Meth residue is often invisible and odourless, making it even harder to notice and detect.

When a Geelong house that used to be a meth lab is occupied by innocent people who then come in contact with meth residue, whether on the floor, on the walls or any other contaminated surfaces, this can lead to several health risks.

Health risks can include intoxication, nausea, dizziness, and lack of coordination, pulmonary edema, serious respiratory problems, severe chemical burns and damage to internal organs and even greater when ingesting those chemicals.

How to spot a meth lab Geelong

Refer to our article: https://melbournemethtesting.com.au/how-to-spot-a-meth-lab/

Telltale signs of a drug lab

Refer to our article: https://melbournemethtesting.com.au/how-to-tell-some-is-on-ice/

Professional Meth Testing is need as the number of meth labs increases across Australia, Victoria and Geelong. Because of the real danger of getting in contact with meth residue contamination in a property in Geelong, a meth cleaner needs to be experienced and trained specially for meth decontamination.

Our Melbourne Meth Lab Remediation technicians follow a strict and proven process to provide our Australian clients in Geelong a successful methamphetamine remediation.

Meth Lab Cleaners Geelong provide property owners both a pre and post meth lab forensic testing results. Pre forensic testing can significantly reduce costs associated in the remediation process by singling out contaminated areas only and the automatic discarding of any furnishings or materials too contaminated to be cleaned.

The most effective and proven method today to test for meth quickly inside homes and vehicles alike, is using DIY Meth Test Kits. They are affordable, simple to use, comes with full instruction cards and can give an almost instant result on meth contamination within 5 minutes, giving positive or negative result. If you are living in Geelong, you can purchase meth test kits online. 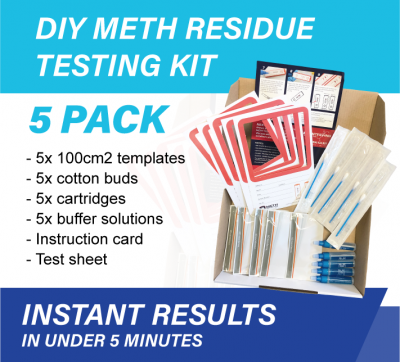 A Meth Test Kit cost from 60$ – 120$ while a meth cleaning costs can be in the range of $10,000. It’s cost effectiveness makes it the ideal testing solution for anyone who suspect an area is contaminated. Testing each room before remediating can save you thousands of dollars of remediation costs.

How to test your house for meth?

Easy to use and instant results and tells if the contamination is higher than 0.5ug/100cm². However, it does not give an exact reading on the meth contamination levels.

Up to 10 samples are analysed together, giving an average result of contamination levels inside the whole property.

Samples from each room are analysed individually in a lab, giving an accurate reading room-by-room. Cost is higher in this case.

More details on advantages and cons on Meth Residue Testing

How to clean drug residue at home?

Each meth residue decontamination situation has its own set of unique difficulties, and normal cleaners using household items will not remove meth residue or any chemicals present in your Geelong property.

How to clean drug residue in a car?

Meth is often present in stolen & recovered vehicles that have an unknown history. Items found in cars can include sharps, hypodermic needles used for meth administration. Similar as properties, meth car decontamination can be very expensive so ensure to test for meth residue using DIY Meth Test Kits. More information for vehicles on Sharps First.

We use cookies on our website to give you the most relevant experience by remembering your preferences and repeat visits. By clicking “Accept”, you consent to the use of ALL the cookies.
Cookie settingsACCEPT
Manage consent

This website uses cookies to improve your experience while you navigate through the website. Out of these, the cookies that are categorized as necessary are stored on your browser as they are essential for the working of basic functionalities of the website. We also use third-party cookies that help us analyze and understand how you use this website. These cookies will be stored in your browser only with your consent. You also have the option to opt-out of these cookies. But opting out of some of these cookies may affect your browsing experience.
Necessary Always Enabled

Performance cookies are used to understand and analyze the key performance indexes of the website which helps in delivering a better user experience for the visitors.

Analytical cookies are used to understand how visitors interact with the website. These cookies help provide information on metrics the number of visitors, bounce rate, traffic source, etc.

Advertisement cookies are used to provide visitors with relevant ads and marketing campaigns. These cookies track visitors across websites and collect information to provide customized ads.

Other uncategorized cookies are those that are being analyzed and have not been classified into a category as yet.

SAVE & ACCEPT
Go to Top